At the closing of his sermon on 27th April 2014 Pope Francis said the following words to a packed St Peters Square, in the Vatican City. He spoke in Latin: "We declare and define Blessed John XXIII and John Paul II to be saints and we enrol them among the saints, decreeing that they are to be venerated as such by the whole Church.”

A friend of our family, Prince Daniel Kajumba of Buganda, the present Anglican Archdeacon of Reigate, Surrey, United Kingdom is standing with his wife, Tina and his two children Natty and Abigail (see the family photograph below). If you would like to witness a rendition of a joyful, praise and worship song sung by Danny Kajumba than do follow this link.

On the video below, filmed in Malaysia, Anton proclaimed a moving testimony about his family, specifically about how Paul & Jannine Nicholas secured a place at Cambridge University. Do check it out to see how the Malaysians received the contents of what he shared.

On Saturday 18th September 2010, we attended the much needed Prayer Vigil at Hyde Park, London. Between 8 pm and 8-30 pm, darkness had fallen and most of the 80,000 congregants assembled were on their knees, heads bowed in solemn prayer on the grass in Hyde Park. In devotion and reverence this Hymn was sung, "Lead Kindly Light".

Seriously engage with the first 3 Minute short video clip for in 2015 the forces of hell want to vent and manifest their fury. It has already commenced. It is not a battle between nations, people, religion or ethnicity. It is actually a vicious battle between Kingdoms. It is Kingdom against Kingdom.

Our families need to be preserved and protected.

It will help you on how to prepare for the year 2015: It will encourage you on how to be ready. It is compelling viewing.Only 3 Minutes.

Luke Chapter 18 verse 8b: "But when the Son of Man (Jesus) returns, how many will He find on the earth who have faith?" We pray that we will remain steadfast and faithful to the end. Pray that we will be a sweet fragrance to Jesus.

Do also view the video posted below pertaining to the above, 2015 Word.

On 29th April 2011 The Bishop of London opened his Royal Wedding message in the following manner:

"Be who God meant you to be and you will set the world on fire."

So said St Catherine of Siena whose festival day this is. Marriage is intended to be a way in which man and woman help each other to become what God meant each one to be, their deepest and truest selves. The person meeting Pope John Paul 11 is Princess Mabel of Toro. This auspicious and memorable occasion occured on 26th May 2004.
Daniel Kajumba was also interviewed on Radio Vatican.

Our son Paul graduated with an Honours Degree in his Mathematics tripos from Christ's College, University of Cambridge, 1st July 2005.

In 2003 he became a Scholar when he secured a first in his part 1 A of his tripos. It's an impressive photo!

Photo featured on the right.

Paul is pictured with his parents, his sister Jannine and our adopted family member Valerie who is positioned on the extreme left.

Our daughter Jannine is now studying law at St. John's College, Cambridge. One of the reasons she opted for this College was to follow in the footsteps of her grand Uncle Benedict Ponniah, (Did Malaya miss out on an elite Malaysian becoming Secretary General of the United Nations?) A Queens Scholar, in the same prime league as the renowned Seniors Mr & Mrs Lee Kuan Yew. (The first Prime Minister of modern Singapore).

A marginal difference was that Mr Lee graduated with the rare Double Starred First Class Honours in the year 1949. Very few have achieved this!!

The conditions were steep for Jannine, she had to obtain a minimum mark of 90% for her A level subjects.

Results published, 20th August 2009 From the above it is evidently very clear that St John's College, insisted on Jannine receiving a minimum of 3 A stars for her A level subjects. Just being awarded an A grade was not sufficient for Cambridge. Jannine received 96% for Economics, 91% for Chemistry, Mathematics 89% and Latin 87%. At 7-30 pm we received this news: Congratulations! Your place at University of Cambridge to study Law has been confirmed. Read why praying was mandatory. Presenting Jannine Nicholas, (pictured above) the President to The Winfield Society(2011-2012, Equivalent to the St. John’s College Law Society)

In March 2009 Paul received his MA from Cambridge. He also graduated with a Msc, from Imperial College London, for which he was awarded a distinction (a first). His graduation ceremony for his MSc, took place at the Royal Albert Hall, May 2009. On 17th July 2009 Paul conveyed the thrilling news to us that he had passed his final Actuarial Paper. . On 24th July 2009 his name was published in the London Times, page 68, stating he is now a Fellow of the Institute of Actuaries. Well done Paul! You can relax now and enjoy your profession as a fully qualified Actuary.

Solely for the the hits coming in from Africa, if you want to glimpse at a picture of a school that Saida was a pupil at, then please press this link: Saida had some happy times in Kampala, Uganda.

Saida attended the Aga Khan School in Kampala, Uganda, located on Makerere Road, Old Kampala. Saida completed her secondary/senior education in the United Kingdom. This story is worth reading. 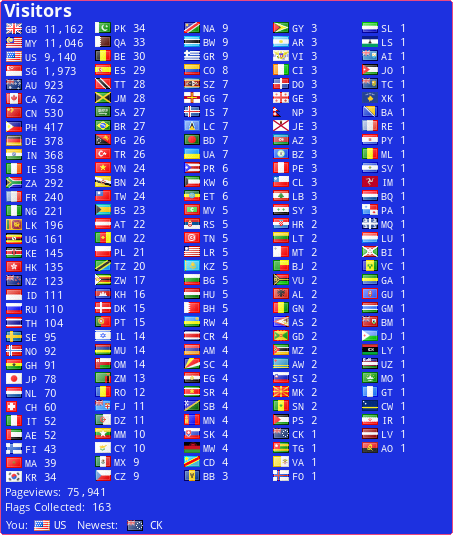